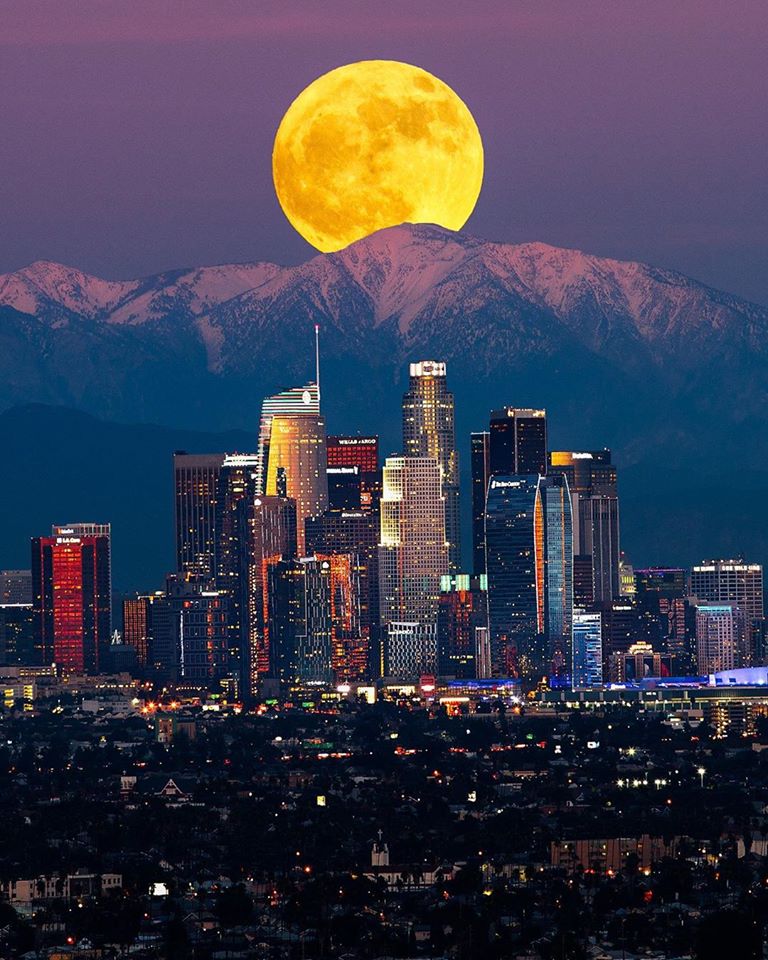 With Labor Day nearing and Gov. Gavin Newsom easing pandemic restrictions in some counties, Californians face a dizzying mix of openings and closures in coming days.

Still coping with fires in many areas and coronavirus just about everywhere, local and state authorities are limiting access to many indoor and outdoor recreation options. Still, most parks, beaches and trails are open, and enterprises including the L.A. Zoo, SeaWorld San Diego and Mammoth Mountain have found ways to at least partially reopen or extend their summer seasons.

Before you make plans, choose a strategy for avoiding crowds, which may be heavy from Friday, Sept. 4, through Monday, Sept. 7.

Here's a snapshot of what's up:

• On Friday, Newsom unveiled a new set of rules for reopening the state. Because of their relatively low COVID-19 numbers, San Diego and San Francisco are among the counties that will be permitted to open restaurants for indoor dining at up to 25% capacity starting as soon as Monday. No other Southern California county has met that standard yet. Other details are explained here.

• The grounds of SeaWorld San Diego reopened Friday, with reduced capacity, an altered identity and Friday-through-Sunday hours. Billing itself as SeaWorld San Diego Zoo Days: Bayside BBQ & Brews, the marine-themed park at Mission Bay is opening a 40-acre outdoor area with many of its animal presentations and exhibits.

To enter, visitors need to book date-specific online reservations in advance. The admission fee ($74.99 per nonmember adult) includes six items from the park’s new food and drink menu. Through at least Sept. 27, the park will be open Fridays, Saturdays and Sundays, plus Labor Day (Sept. 7).

None of the park’s roller coasters, rides or arcade games are open. In their release announcing the reopening, SeaWorld officials said the program reflects their efforts to meet requirements of the state, which has permitted many zoos to reopen but has not issued theme park reopening guidelines. (SeaWorld is accredited as a zoo. Disneyland, Universal Studios Hollywood and Legoland California theme parks remain closed, though some adjacent shops and hotels are open.)

• The L.A. Zoo in Griffith Park reopened Wednesday for the first time since mid-March. Advance, timed-entry reservations are required and social distancing rules are in place. Other zoos and similar facilities that are open include the San Diego Zoo and San Diego Zoo Safari Park, the Living Desert in Palm Desert and the Santa Barbara Zoo.

• More than 20 wildfires were burning in California on Friday, forcing the closure of about 30 state parks (mostly in Northern California). Southern California blazes include the Lake fire (in Angeles National Forest near Lake Hughes; 31,089 acres; 70% contained), and Ranch2 fire (in Angeles National Forest's San Gabriel Canyon north of Azusa; 4,237 acres and 96% contained). The Times is tracking fires on this statewide map.

• Mammoth Mountain has extended its bike park season to Sept. 20. The season was to have ended Sept. 6. Besides keeping mountain-bike trails open, the decision means the scenic gondola and Via Ferrata will stay open an added two weeks. Mammoth's Camp High Sierra has extended its season through Sept. 27.

• In San Bernardino National Forest, the San Gorgonio Wilderness will reopen to public access Sept. 1 after being threatened by the Apple fire (now 95% contained). But forest officials, wary of too much traffic on trails, are putting in place a day-use permit system, beginning Sept. 1, for that area and the San Jacinto and Cucamonga wilderness areas.

• National forest officials say Chantry Flat and Millard Trail Camp, in the Angeles National Forest, probably will be closed on weekends because of fire risk. The same goes for the forest's Chaney Gate, near Altadena.

Throughout Angeles National Forest, campfires at developed campsites are now prohibited. Authorities have also forbidden use of camping stoves, lanterns and similar devices that use propane, white gas or similar fuels.

At L.A. County beaches, visitors can bring umbrellas and coolers and relax, and all county-operated beach parking lots are again open. (If you go, bring a bag for trash — officials say overflowing bins and worsening litter have been problems in recent weeks.)

Though many counties and cities closed beaches over the July 4 weekend to avert crowding, that seems unlikely for Labor Day.

“We’re proceeding as if the beaches will be open for Labor Day weekend. We at this point have no plans to close them,” said L.A. County Beaches and Harbors Department spokeswoman Nicole Mooradian on Tuesday.

Face coverings are required when you are not in the water and when you are around other people. Gatherings, volleyball and other group sports are still banned. Some parking lots and restrooms are still closed.

The beachside bike path that runs 22 miles from Torrance to Pacific Palisades is open. The route, officially known as the Marvin Braude Bike Trail, is part of a countywide bikeway network. (The Venice Boardwalk and Ocean Front Walk remain closed to most visitors, but the gently curving bike path runs along the sand, separate from the boardwalk and straight-ahead Ocean Front Walk, and remains in use.)

Since July 13, when Newsom announced a new round of restrictions, indoor dining is again banned at restaurants. Bars and breweries are restricted to outdoor sit-down service with food. Throughout California, dozens of museums are closed. So are bowling alleys, miniature golf courses, batting cages and arcades.

The governor's order also forced more than two dozen counties, including Los Angeles, San Bernardino, Orange and Riverside, to shutter gyms, houses of worship, hair salons, malls and other businesses. The order remains in effect indefinitely in counties on the state's list of highest infection rates.

Details on coronavirus cases county by county are available on the Los Angeles Times' California coronavirus tracker. The Times also is tracking openings, closures and restrictions at beaches statewide.

And The Times is tracking evolving rules county by county as California's regions regulate restaurants, bars, retailers, hotels and other businesses while the state fights the coronavirus outbreak. (Los Angeles, Riverside, San Diego and Santa Barbara were among the California counties to close their bars in the last days of June after reopenings were followed by a jump in COVID-19 cases.)

• Golf courses are open (no more than four players per tee time).

• The county trails network is open, with at least six feet of distance required; gatherings banned; and face coverings required in parking lots, at trailheads "and on any trails where there are other groups of people nearby."

• County tennis and pickleball courts are open (singles play only).

• Equestrian centers are open (with various restrictions) and BMX bike areas are open (no rentals).

In the Greater San Gabriel Valley, three popular garden sites are open but nonmembers must make reservations. The Huntington Library, Art Museum and Botanical Gardens in San Marino, Descanso Gardens in La Cañada Flintridge and the L.A. County Arboretum in Arcadia all moved to the reservations-required policy to maintain distancing among visitors.

In other areas, Monrovia Canyon Park is open to visitors who get tickets in advance from 6:30 a.m. to 6 p.m. Mondays through Fridays. The park is closed Saturdays, Sundays and holidays, and access to the Waterfall Trail remains closed. "This trail is narrow and incredibly popular, making it incredibly difficult to ensure safe social distancing," the website says.

Catalina Island businesses are open and the Catalina Express is running boats between Long Beach (or Dana Point) and Avalon, the island Chamber of Commerce said.

Most Los Angeles County trails will remain open, but Eaton Canyon Natural Area in Pasadena requires reservations because of overcrowding. County health officials urge hikers to stay home if they feel ill, to wear a mask and pass other hikers with care, to avoid gathering in groups, and to leave no trace. More details and advice are offered on the county trails website.

L.A. County on July 17 opened 14 splash pads (play areas with water) that will be open through Sept. 30, Tuesdays through Saturdays, 10 a.m. to 6 p.m. The openings come with physical distancing requirements, group gatherings forbidden, "face covering required except in the water."

In addition, the county Friday opened swim beaches Frank B. Bonelli Regional Park in San Dimas and Santa Fe Dam Recreational Area in Baldwin Park. They are to be open through Sept. 9, Thursdays through Sundays, 10 a.m. to 5 p.m. (The Lake Fire forced Friday closure of the swim beach at Castaic Lake.)

In heavily trafficked Griffith Park, where the Griffith Observatory and many other attractions remain closed, rangers have also closed Wisdom Tree Trail and Burbank Peak Trail.

At popular Runyon Canyon Park, the city website reported that the park was open dawn to dusk with "limited trail access."

In Los Angeles neighborhoods from West L.A. to Eagle Rock, scores of streets have been barricaded to reduce auto traffic as part of the city's growing "Slow Streets" program. The idea, city officials have written, is for local residents (not visitors from across town) "to gain access to more space for recreation activities in their neighborhoods, while protecting Angelenos from overcrowding on sidewalks and promoting social distancing." Residents can apply for "slow street" status and see a map on a city Transportation Department website.

Piers at Venice and Cabrillo beaches are closed, even for fishing. The Venice Boardwalk is open to people who grab a bite to eat or shop at a store but not to recreational walkers, cyclists or runners. Also, the Cabrillo Marine Aquarium in San Pedro remains closed, as are the Sherman Oaks Castle and the Expo Center in Exposition Park.

Riverside County leaders have allowed golf courses to reopen, with restrictions. Hiking, biking and horseback riding on trails and in parks also are permitted under the county's health order.

State officials continue to urge Californians to stay close to home, but the 280-unit parks system has been gradually reopening.

The Santa Monica Mountains National Recreation Area, which straddles Los Angeles and Ventura counties, has reopened most of its trails, parking lots, overlooks and restrooms. Its two visitor centers remain closed, however. Like other agencies, the National Park Service urges hikers to wear face coverings and keep their distance from others.

Also, the Mountains Recreation and Conservation Authority has reopened most of its parks, trails, parking lots and restrooms. The authority manages more than 75,000 acres of open space, much of it owned by the Santa Monica Mountains Conservancy.

Most trails and natural areas are open in Southern California's national forests. Some areas are closed because of overcrowding during the pandemic.

• They have closed an area that includes its Cottonwood, Spunky Canyon and Sawmill-Liebre campgrounds, along with a section of the Pacific Crest Trail. (That closure is through December.)

• The forest's Roberts Camp above Sierra Madre remains closed on weekends. Picnic areas are open. So are the popular first-come, first-served campgrounds at Sycamore, South Fork and Big Rock. Many other campgrounds and visitor centers are still closed.

In the San Bernardino National Forest, most trails, trailheads, picnic areas and campgrounds are open. But the Apple fire has blackened a substantial area of the forest near San Gorgonio Pass.

In the Los Padres National Forest, trails and campgrounds are open, except for what's called the Punchbowl Area in Santa Paula Canyon, which will remain closed until Sept. 30. Hordes of visitors and excessive litter (toilet paper and human feces) prompted officials to shut the narrow Last Chance Trail in the Ojai District as well as Big Cone, Cross and Jackson Hole campgrounds. For information on different areas, go to the forest's website for updates about the Monterey, Santa Lucia, Santa Barbara, Ojai and Mt. Pinos areas.

In the Cleveland National Forest, trails are open but check the website for the status of campgrounds.

All of California’s 11 national parks and recreation areas are now open, though many of their campgrounds and other features are closed.

After a pandemic-related closure of about five months, outdoor portions of San Francisco's Alcatraz Island have reopened. (The island is part of the Golden Gate National Recreation Area.)